ready to realize your dreams…

Without doubt a huge majority of visitors who travel to the “Costa Blanca” each year do so mainly to take advantage of the sun, the sea and the beaches, It would be a mistake however to think that this is all the “Costa Blanca” has to offer, a quick glance at a travel guide of the area will confirm that there are a great many places of interest to visit and enjoy.

Exactly where the “Costa Blanca” (White Coast) begins and ends is not clearly defined but the region comprises approximately 200 km of coastline stretching from Gandia in the north to Pilar de la Horadada in the south, it also takes in a large hinterland with areas of mountains, sierras, river valleys and natural parks. The area to the north of Gandia is called the “Costa del Azahar” (Orange Blossom Coast) and the area to the south of Pilar is known as the “Costa Calida” (Warm Coast). 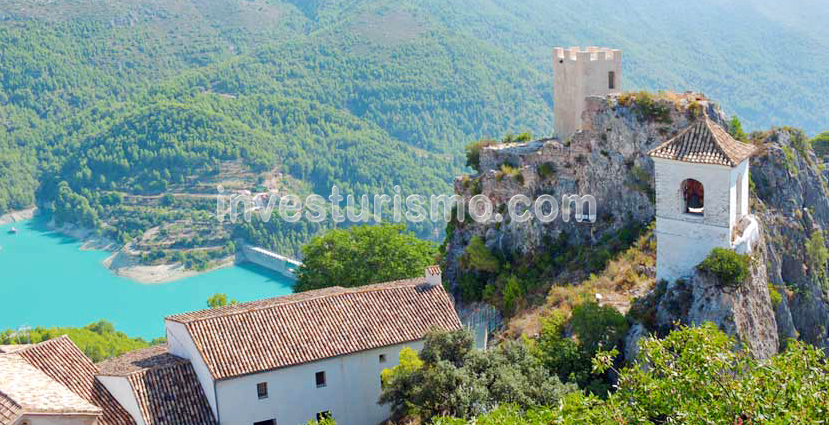 The entire “Costa Blanca” region has a rich and distinguished history and many artifacts have been found dating back to the Neolithic Era. Lying as it does in an important strategic position on the Mediterranean coastline; the Costa Blanca has been invaded and occupied by various important civilizations including Phoenicians, Greeks, Romans, Visigoths, Carthaginians and Moors.

Each civilization has left its own identity on the region and each has resulted in significant cultural and religious consequences for the indigenous population. Perhaps the greatest influences on the region were caused during the Roman and Arab occupations, which both molded the areas subsequent history. 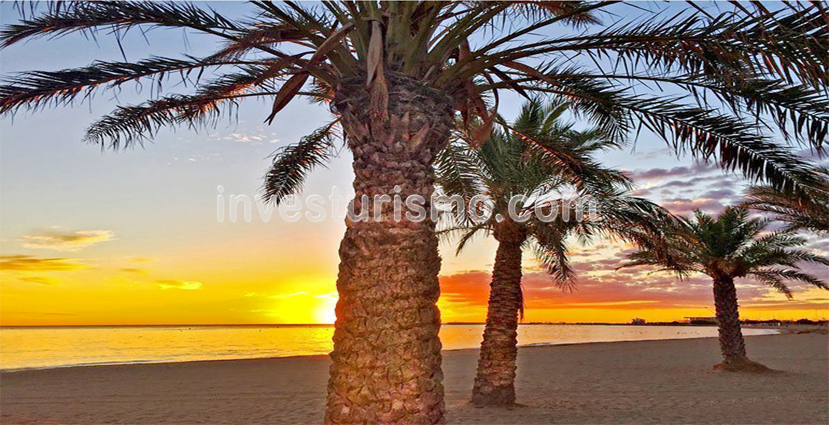 The main attraction for holidaymakers (especially north Europeans) is of course the wonderful climate, with over 300 days of sunshine each year and very low rainfall, it is the perfect location for a relaxing summer holiday or a well earned winter break. Sunshine is virtually guaranteed from May to October so it is not necessary to confine visits to the popular months of July and August. In the months of December and January the “Costa Blanca” normally enjoys some beautiful sunny days, so it is a great place to take a break away from the dismal weather of the UK and other north European countries.

The average daytime temperature reaches the low 30′s in the summer months, and rarely falls below 16 degrees in the winter.

If you visit during July and August the temperatures can soar into the 40’and certainly can be very hot. If visiting during these months make sure you bring plenty of high factor sun lotion for yourself and particularly for young children, if in doubt try to confine your visits to the cooler months. May and October are usually beautiful and sunny but without the uncomfortable high temperatures, June and September can also be very hot. 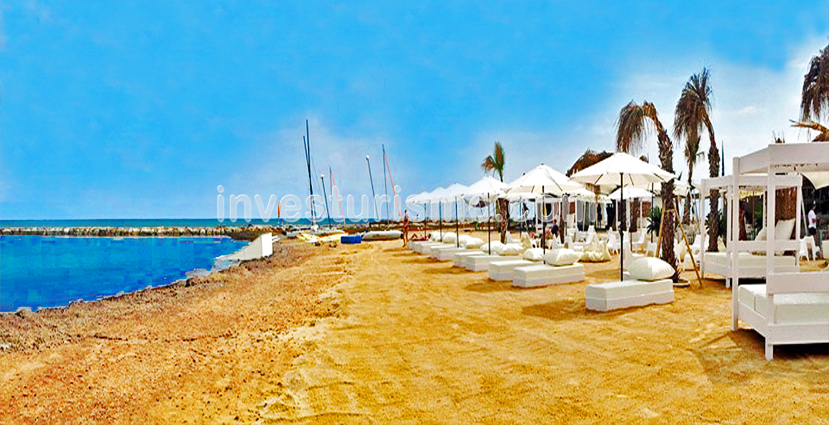 The “Costa Blanca” has some of the best beaches in Spain and they are usually very well cared for and safe, there are a large number of ‘blue flag’ beaches and these are normally cleaned every day and will often have life-guards on duty during the busy summer months.

Some of the more popular beaches can get very busy during July and August but if you take some time to explore a little, you may find quiet and isolated beaches even during the high season.

Cuisine on the “Costa Blanca”

Valencian cuisine has an enormous range of natural local products to draw on. The coastal rice fields south of the capital Valencia, supply the special sticky Paella rice that is the basis of the famous Paella itself but also the numerous other rice dishes such as Arroz a la Banda. The local fishing boats catch Merluza (a type of Cod) which is served “A la Plancha” freshly fried or “A la Romana” deep fried in batter or Emperador (Swordfish) which is served as steaks. A popular Calpe specialty is the “Cruet de Peix” – a sort of fish pot.

Fruit and vegetables are plentiful in the Costa Blanca shops and daily street markets (each town has a market day) and are of outstanding quality. Apart from the ubiquitous almond and olive fields a number of Valencian towns and villages have their own specialties such as artichokes from Benicarlo, the cherries from the mountain village co-operatives of Fleix and Benimantell, dates from Elche or the nisperos from Callosa de en Sarria which are exported throughout Europe. There are large orange groves in the rich ground around Denia and Callosa.

Typical “Costa Blanca” meals will be accompanied by a Valencian, salad of lettuce, tomatoes, onion, green and black olives, grated carrots, maybe egg and tuna and an olive oil and wine vinegar dressing. Curiously plain water is more popular than wine with everyday meals. The Spanish on the Costa Blanca eat out a lot (workmen often every lunchtime in good simple restaurants – menu € 12) and the plentiful restaurants offer something for everyone from bar “Tapas” to famous Michelin starred restaurants meals. Calpe alone has 168 different restaurants and if this is your thing you could visit Moraira during the Autumn Gourmet festival. Local luxury restaurants there such as La Sort or the Daufin invite world famous chefs to cook for them for the week.

Traditional village specialties are the Ollas or cooking pots such as the l’Olla de Recapte combining new fresh vegetables with meat or the l’Olla de Cardets including a type of local celery (asalgas) and beans. There are a couple of restaurants on the road from Polop to Guadalest (notably Vipas) that serve delicious Ollas (my personal favorite – Ollet de Blat) for a mountain lunch. 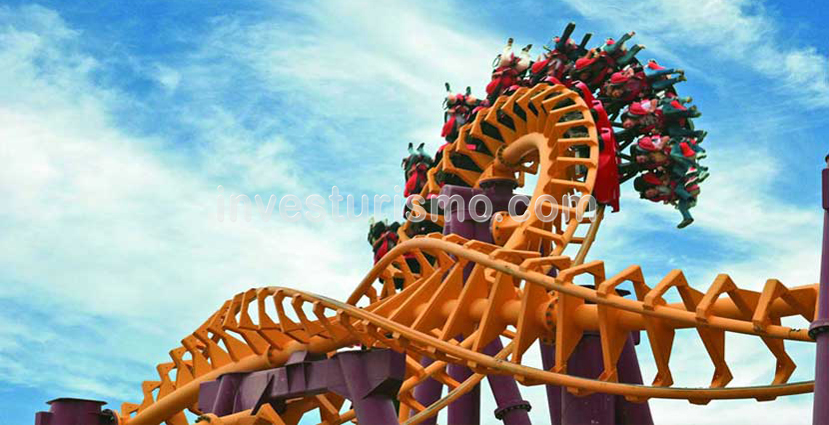 The City of Arts and Sciences and the Tierra Mitica theme park.

Valencia, has reclaimed the land of the old Turia river and contructed the largest science themed park and aquarium in Spain and Europe (The Ciutat de les Artes i les Ciencies). The architecture is astounding and includes different natural habitats such as the Red Sea, the Arctic with penguins, Mangrove Swamps with the true fish and the Atlantic, allowing you to walk in a long glass tunnel under the water and have all the species of fish around you including large sharks. Spain’s Mediterranean shore is also there. The entrance is expensive but it’s worth it for at least one visit.

The “Tierra Mitica” theme park is situated outside Benidorm and offers some of the best fun rides in Spain and Europe. The theme is Ancient Civilizations, and you can take a boat from Ancient Egypt and visit Greece, Iberia, Rome etc. stopping off at the attractions such as the Journey of Odyseus (pistol to shoot down the Sirens), Mystery of Ancient Egypt or a Bull Run Train. It can get hot in summer but it’s worth a visit and of course there are Spanish, Greek, Italian restaurants etc.

No trip to the “Costa Blanca” would be complete without a visit to the famous Rio Safari at Elche. A mix between a zoo, a safari park and a community farm, it is even more appealing if you have young children with you.

Located conveniently on the road from Santa Pola to Elche (CV-865) it is well signposted and easy to find. Before making the trip it could be well worth your while to visit your local tourist office as there are usually vouchers to be found or even “children go free” vouchers.

It’s a day of fun, frolics and falls at the Aqualandia Water Park in Benidorm on the northern “Costa Blanca”. Located next to Mundomar, its sister park, Aqualandia nestles into the hillside, cleverly tucked away, unobtrusive apart from a series of multi-colour tubes that can just be seen on the Benidorm landscape from the N-332 coastal road as you drive in.

A trip to the local market is just one of the enjoyable things to do whilst visiting “Costa Blanca”, the vibrant atmosphere, the banter (in various languages) and the wide selection of goods available all help to make this a charming and exciting experience.

Whichever area of the Costa Blanca you are visiting, there will always be a local market nearby, and there are markets somewhere in the region on every day of the week.

At the market you will find plenty of fresh, locally grown produce at a fraction of the cost of your favourite supermarket, you will also find a wide variety of clothes, shoes, bags, leather goods and gifts.

Market Days – Most of the markets open early in the morning and close around siesta time 2.00pm.

Owning a home is a keystone of wealth… both financial affluence and emotional security.